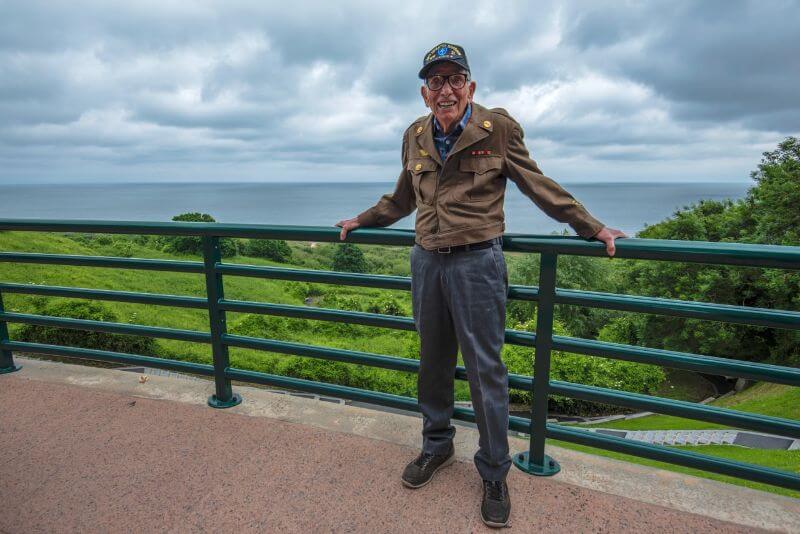 Born to immigrant parents in 1925, William grew up in the Bronx under the shadow of the Great Depression. On June 10, 4 days after D-Day 19 year old William landed on Utah Beach as a member of the 79th Infantry, 315th Regiment, Company D. He was sent as a replacement from the 42nd Infantry (Rainbow) Division.

On July 4th, while under heavy gunfire he was sent by his Captain to find his Battalion’s headquarters, their radio had been shot and they had no way to communicate. He was running through fields and jumping through hedgerow’s while dodging bullet’s. After he leapt through the 5th hedgerow he picked himself up and was face to face with a German Tank where he was forcibly taken prisoner. One night while being marched by the SS Guards with a number of other POW’s across France, he escaped. After running until daylight he stopped at a farm where the owner burned his uniform and gave him a map. A few weeks later, while in the Loire Valley a mishap with a bicycle (that he borrowed along the way) led him into a shop that happened to be the headquarters for the French Resistance. They thought he was a German Spy looking for them and after a lengthy interrogation they hid him in the Freteval Forest with close to two hundred shot down airmen. Eventually American soldiers liberated that camp and he returned to the 79th, where he continued to fight. Close to the end of the war he was shot in the leg and hand and was in an Army Hospital when the war ended.

William returned to New York, went to Art School in Manhattan, then lived in both Miami and Havana, Cuba over the next few years.

He eventually settled down after meeting his wife of 70 years, Sandra back in New York. He painted, had a jewelry business and then opened a string of home appliance stores on Long Island where they raised their family. 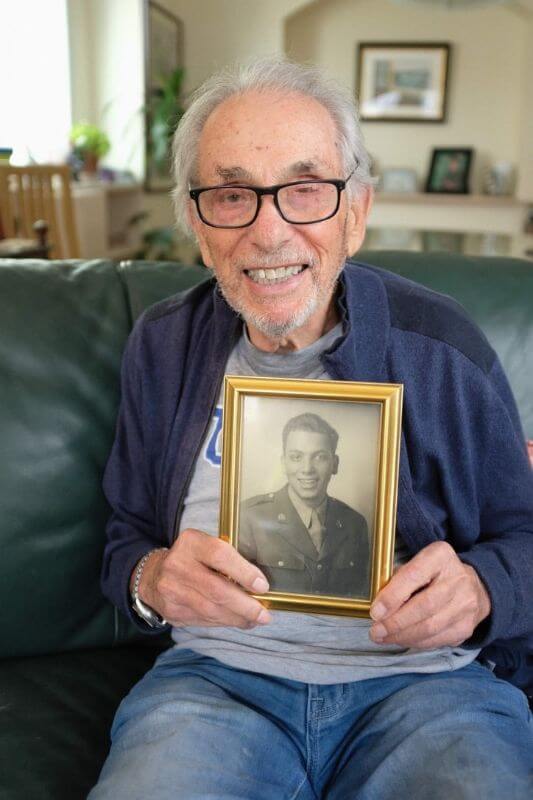 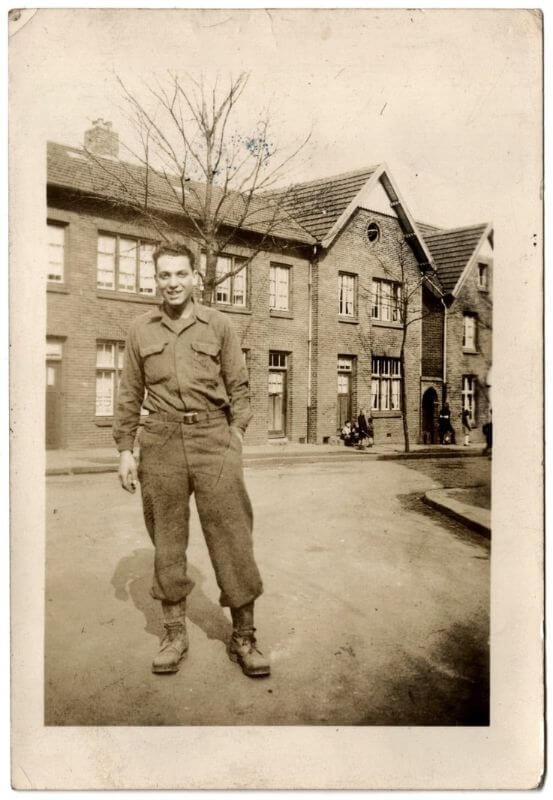 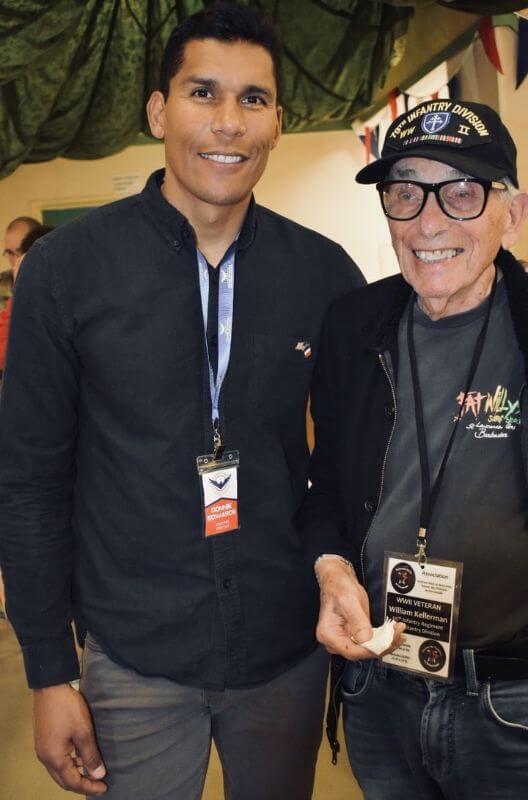 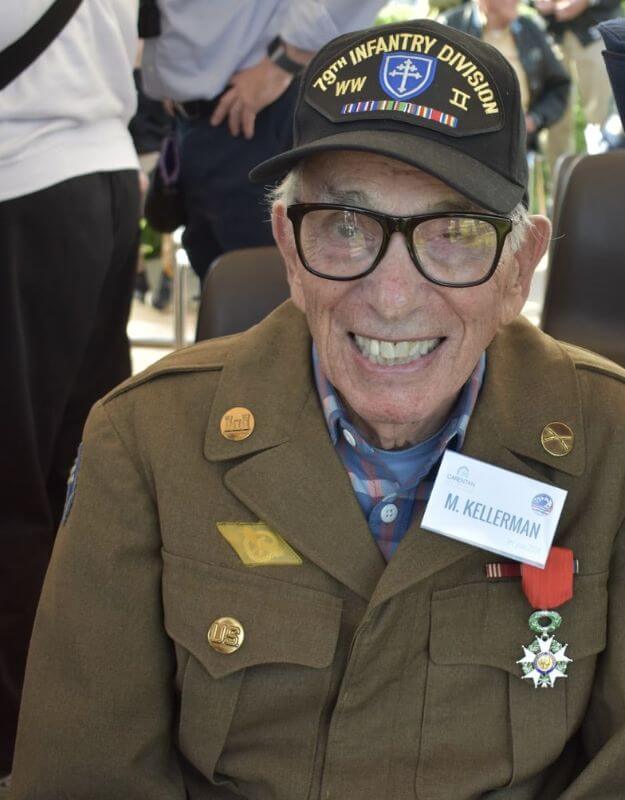 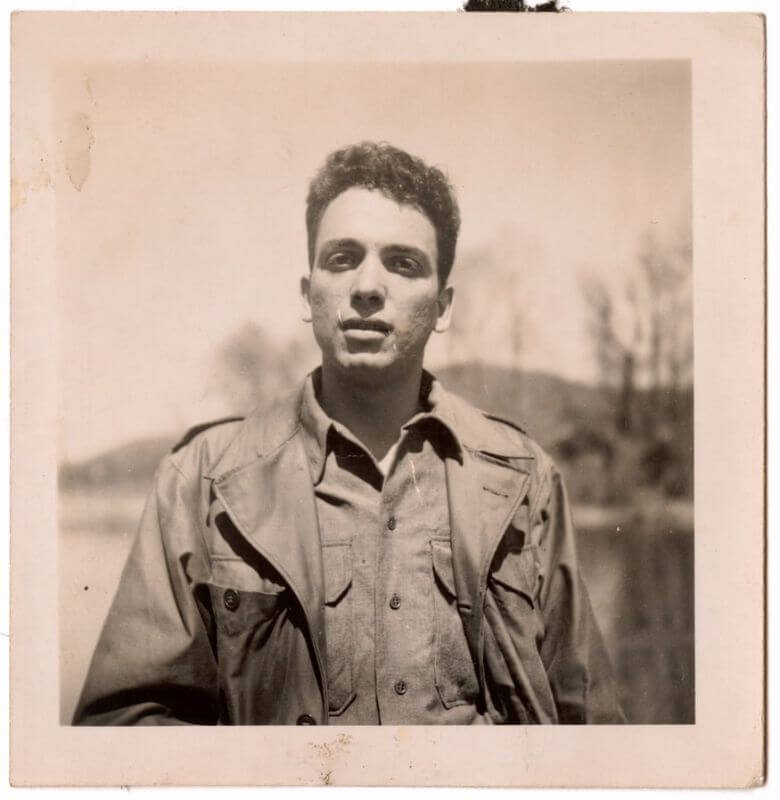 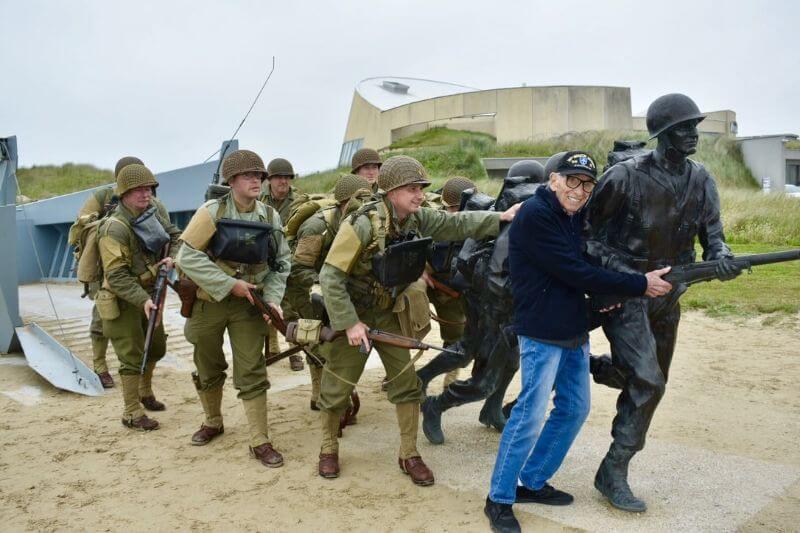