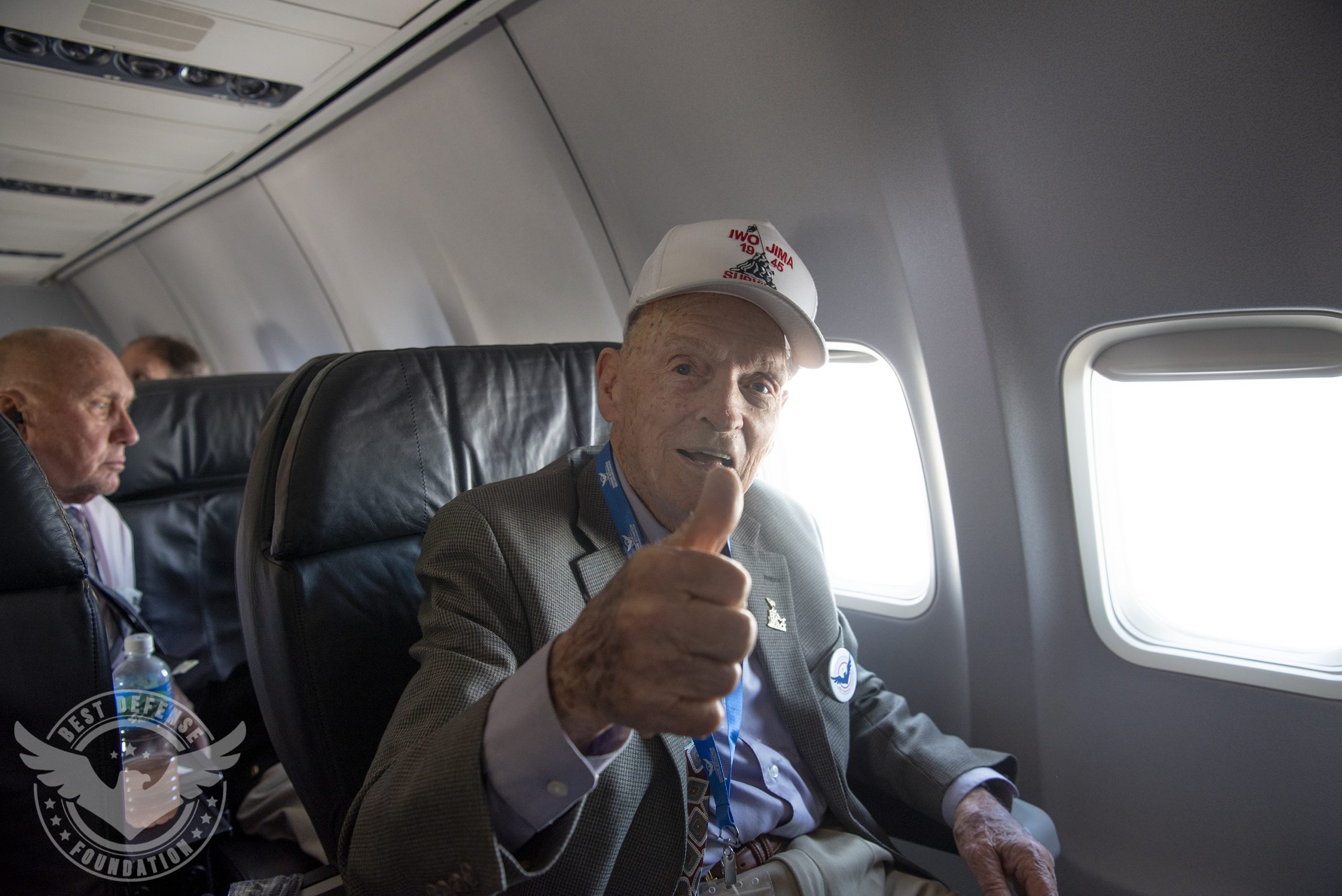 Thiele “Fred” Harvey knows something of endurance. He was born in a tent in Memphis, Texas  and spent the his childhood in San Antonio among seven sisters. He quit school at an early age. Throughout his teenage years, he worked in the oil fields of TexasIn 1942, he enlisted in the United States Marine Corps and attended boot camp in San Diego, California. He volunteered for the newly-formed Paramarines. The Paramarines was a specialized unit of Marine paratroopers that were dropped from planes by parachutes into battle zones. His combat unit trained in Camp Gillespie, just outside of San Diego and the expectations for these men were high. Fred had only completed 9 parachute jumps before heading overseas for war.

He was attached to the 1st Parachute Battalion and his first combat experience was on a small island called Vella Lavella. He then participated in the invasion of Bougainville during the battle, but shortly after the island was secured, the Marine paratroopers were disbanded. It was not feasible to drop into the jungles of the Pacific because of the dense terrain. He was reassigned to the 5th Marine Division and returned back to Hawaii for additional training.

On February 19, 1945, Fred landed on “Red Beach” with the 26th Marines during the invasion of Iwo Jima. He served as a demolition expert for the assault squad. An assault squad consisted of a bazooka, TNT and a flamethrower. When the flag was raised on Mt. Surabachi, he was at the base of the mountain arranging the destruction for an opening of a cave that the Japanese had dug into it. As he was working, a Japanese soldier lunged toward him and he grabbed his pistol and shot him. That was the first time he knew he had killed the enemy.

Fred was awarded the Silver Star for his actions on Iwo Jima. His citation reads, “When his three-man patrol was sent to establish contact with the adjoining company, they were ambushed by heavy fire from an enemy machine gun and one of the men was seriously wounded. Fred dragged the fallen Marine under heavy fire to the shelter of a nearby hole. Remaining with the wounded man while his companion went for aid, he held off hostile forces with his rifle and hand grenades until the arrival of the rescue party. Exposing himself to enemy fire and directing accurate heavy fire on the Japanese position, he successfully covered the evacuation of the casualty.”

Later, he experienced a close combat encounter with a Japanese soldier and was injured by several hand grenades. It was these injuries that took him out of the war and sent him home. 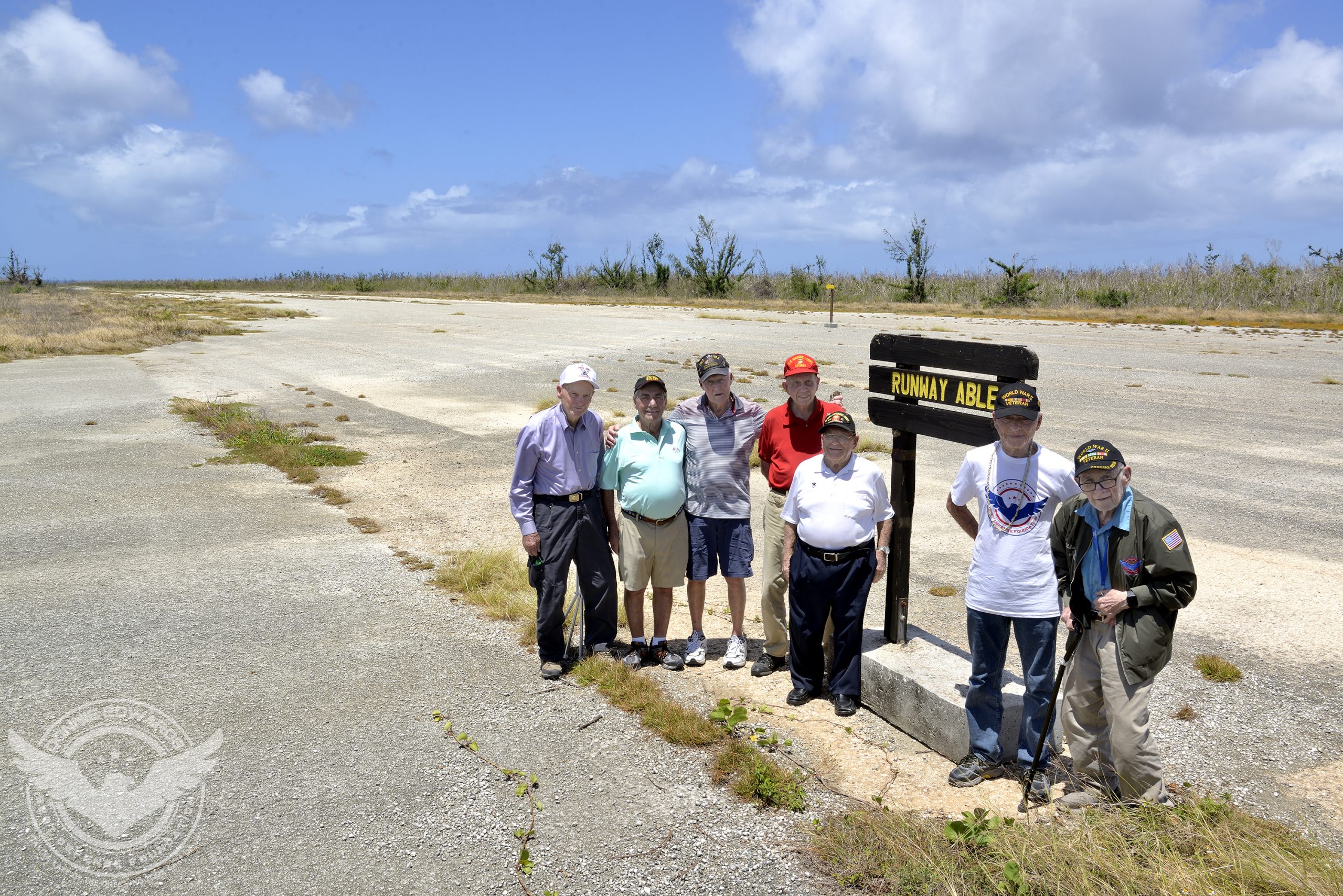 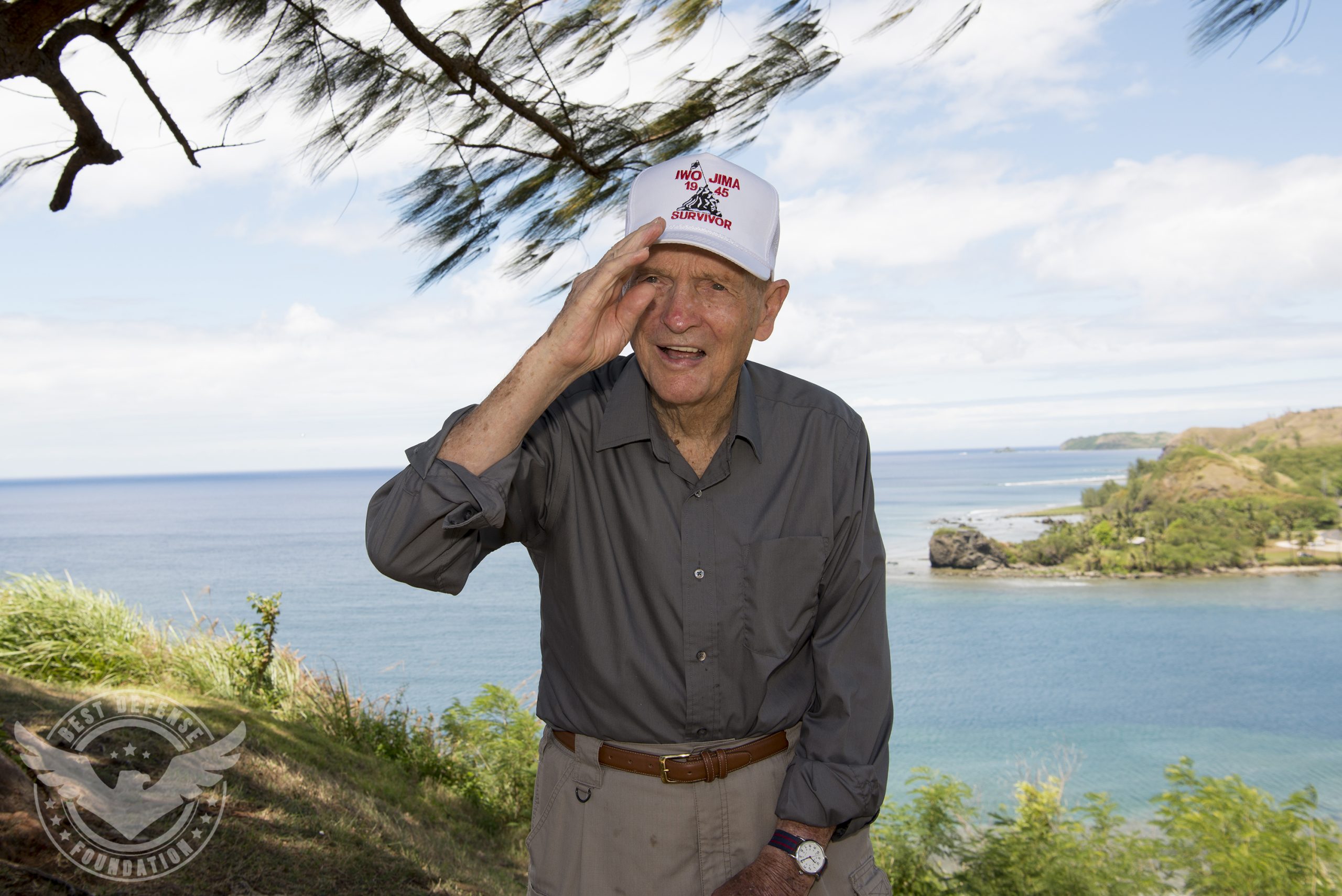 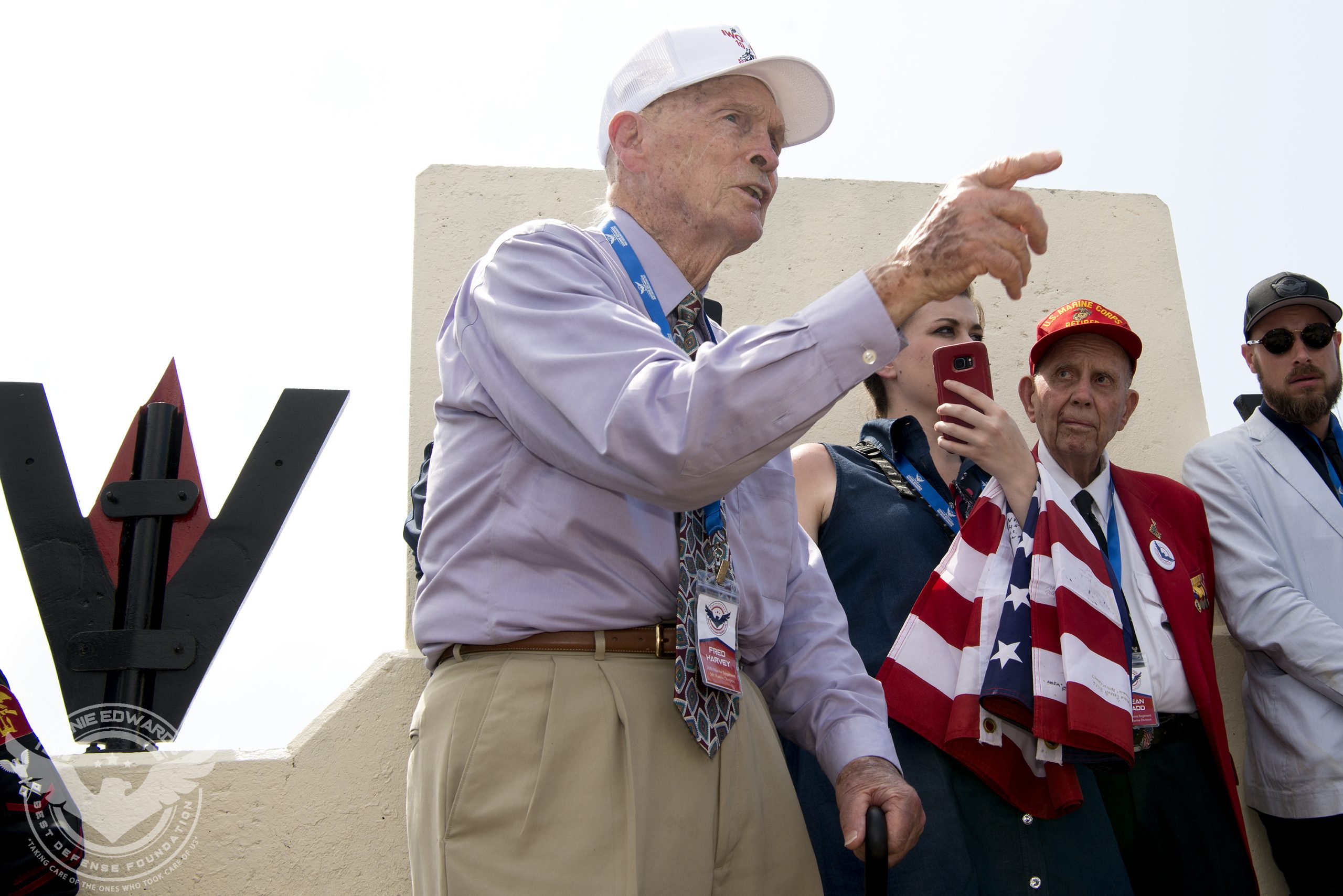 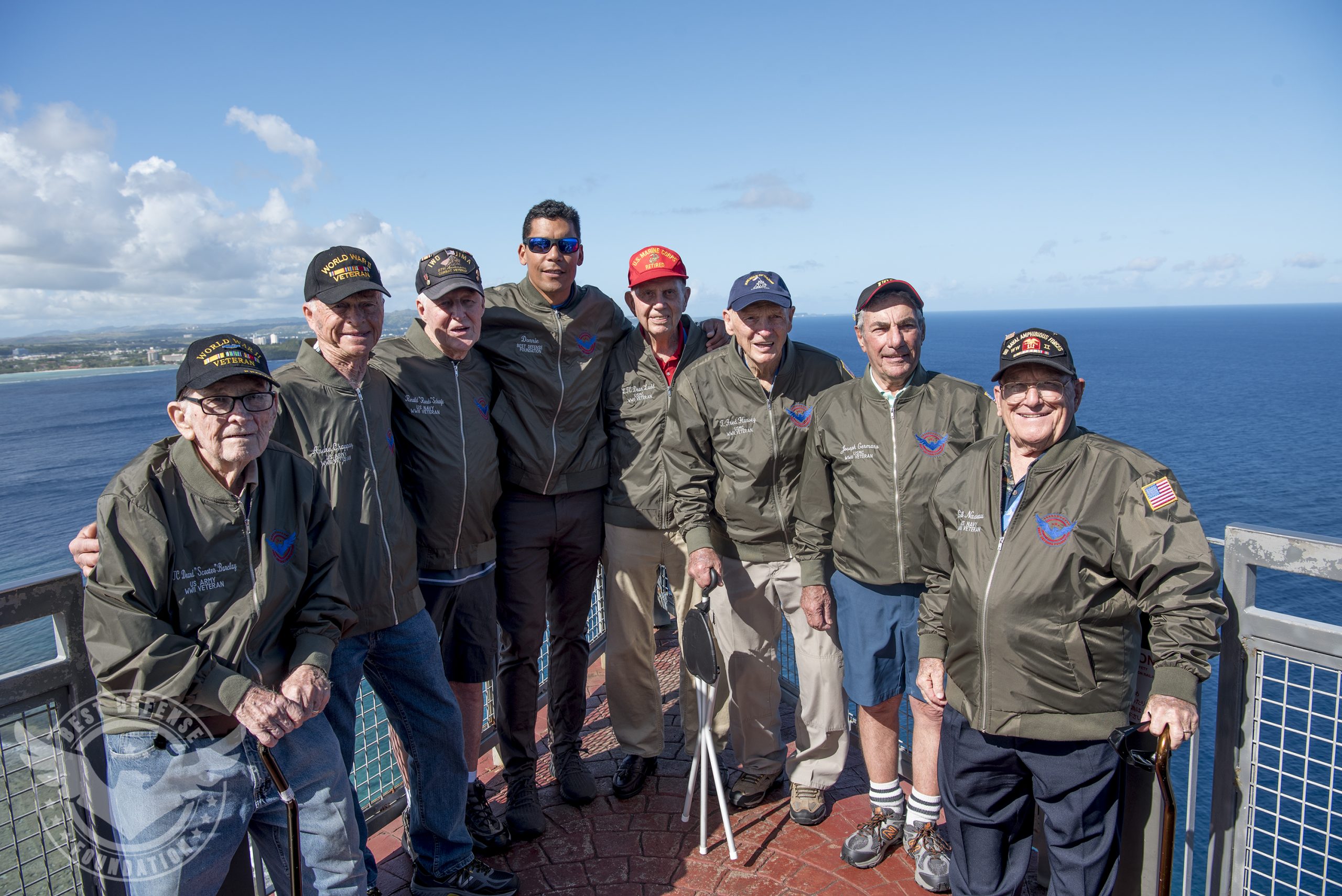 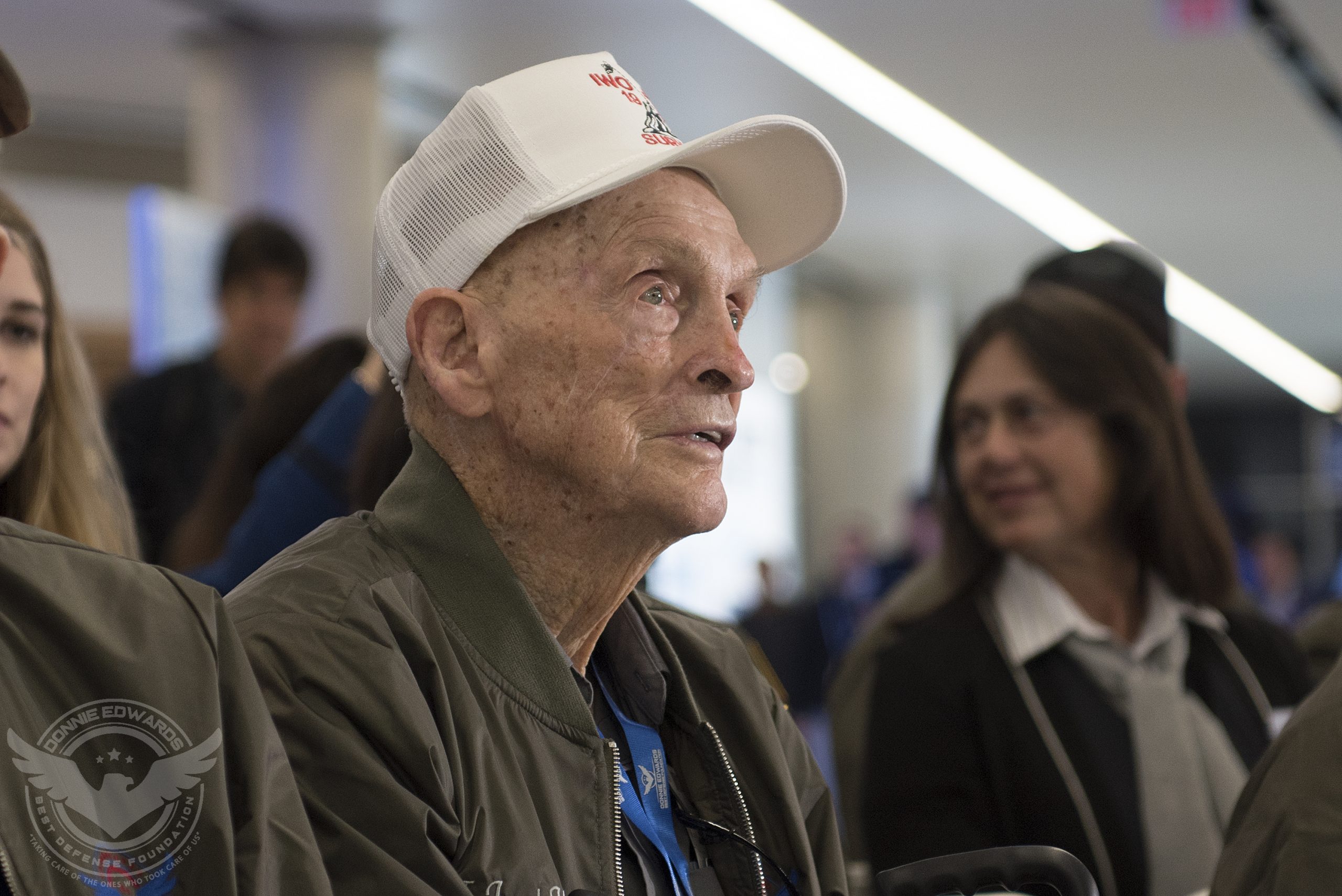 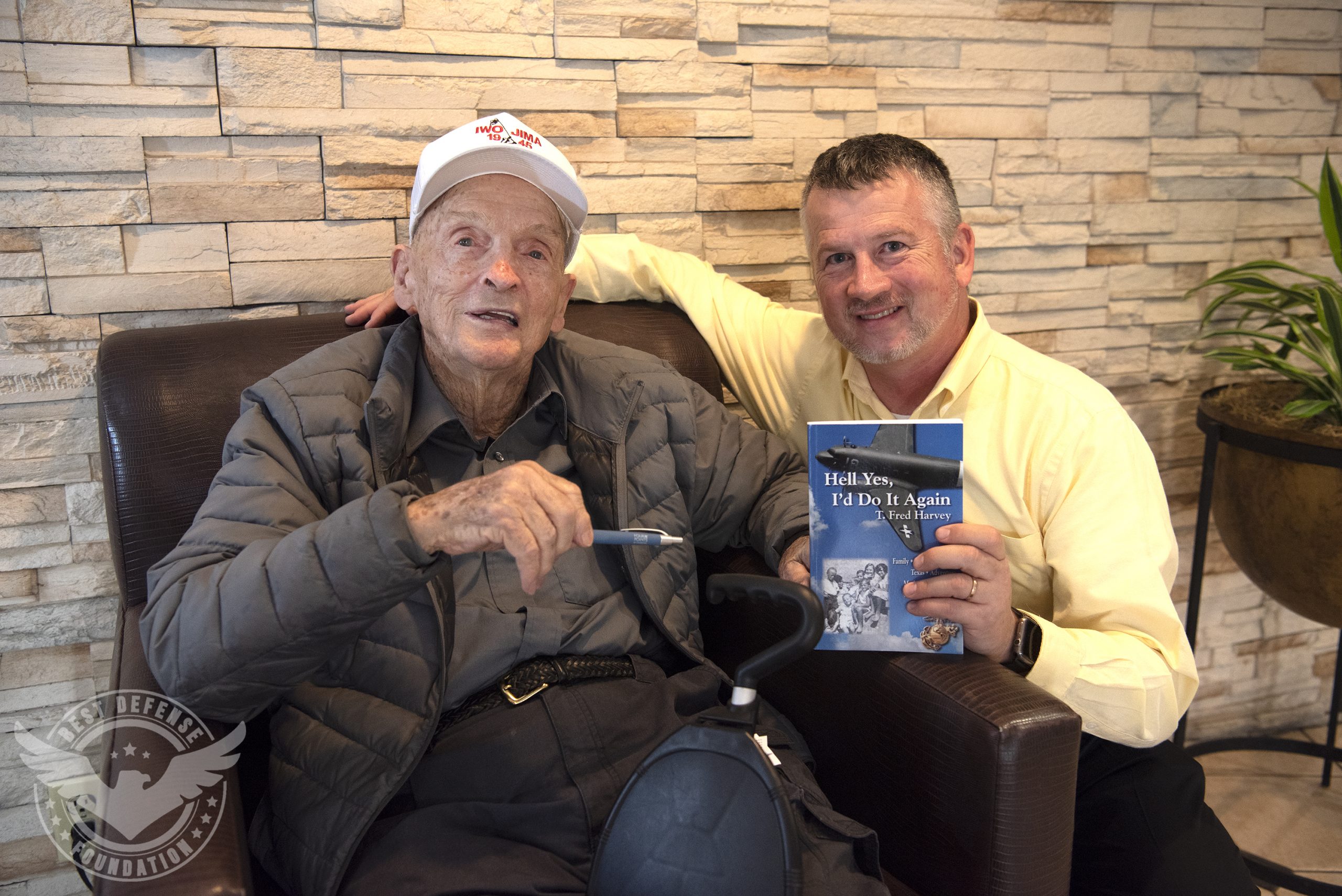 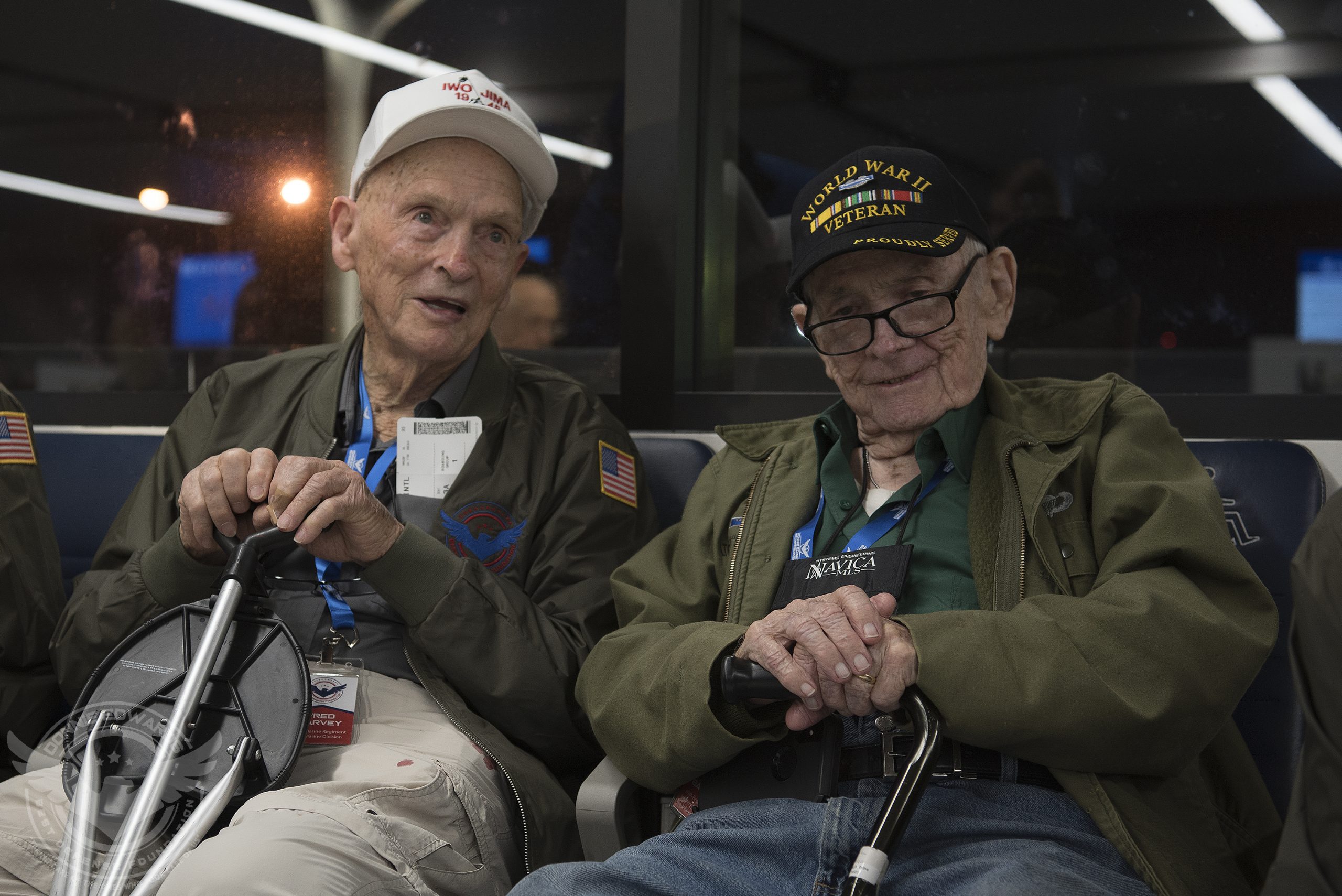 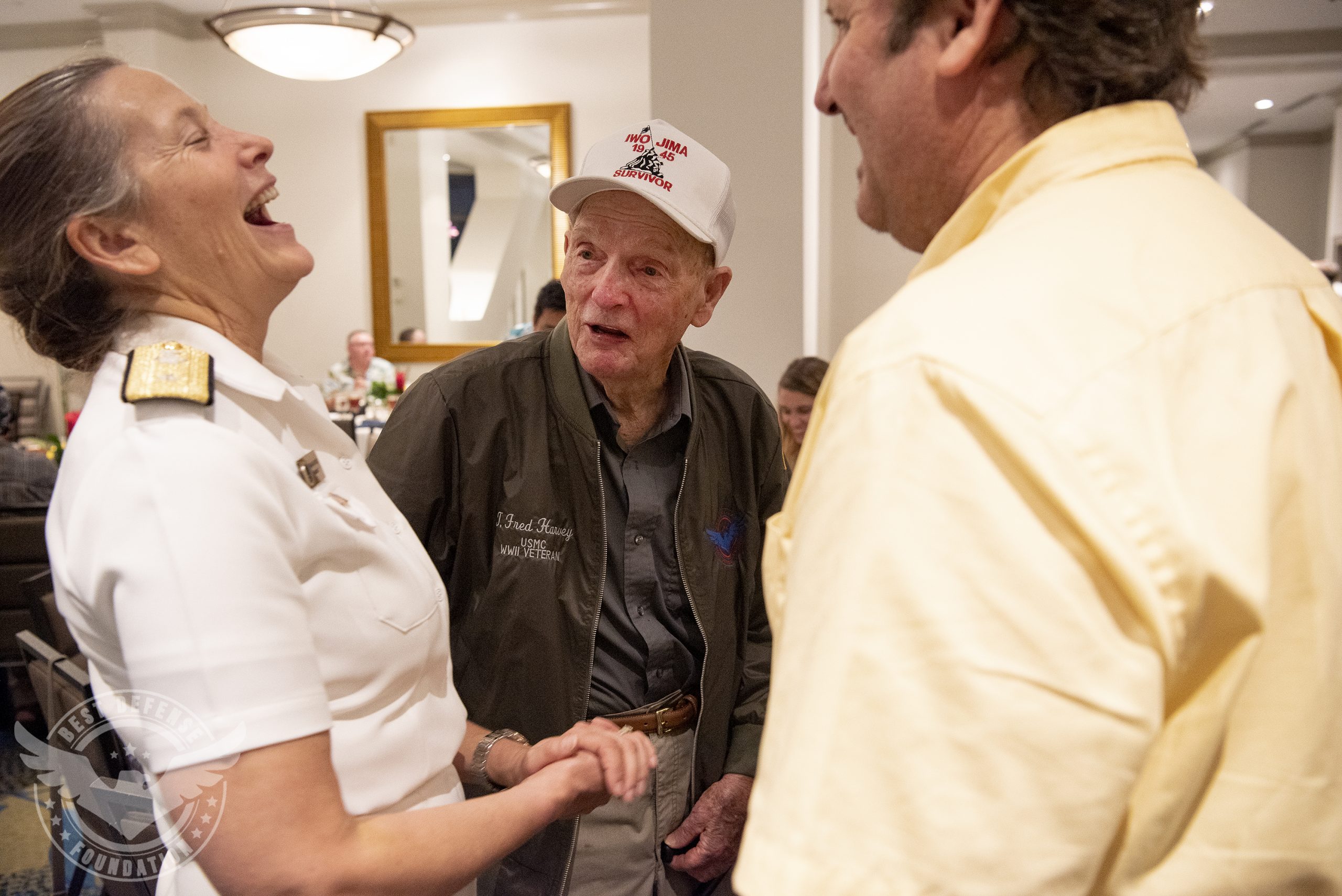 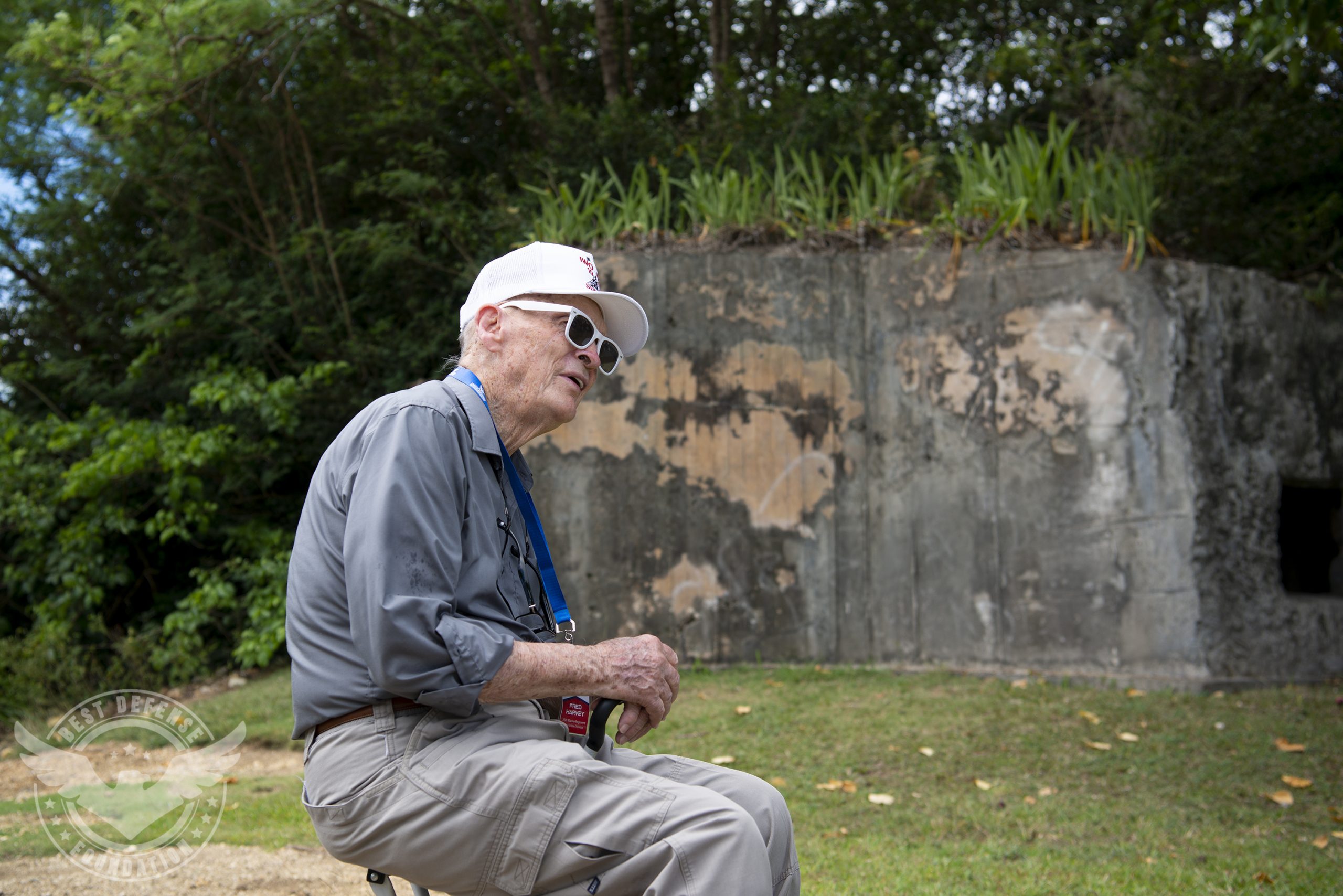 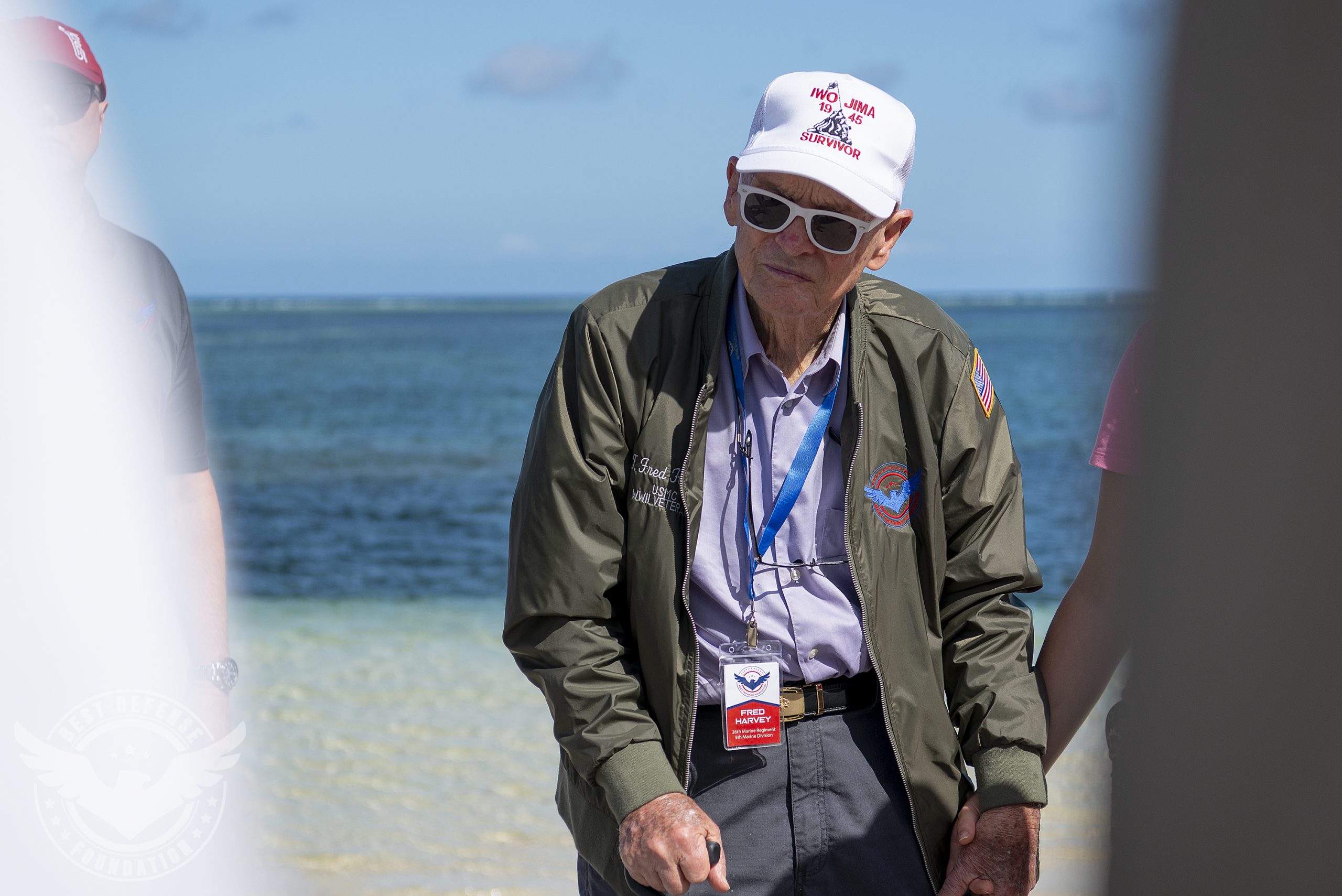 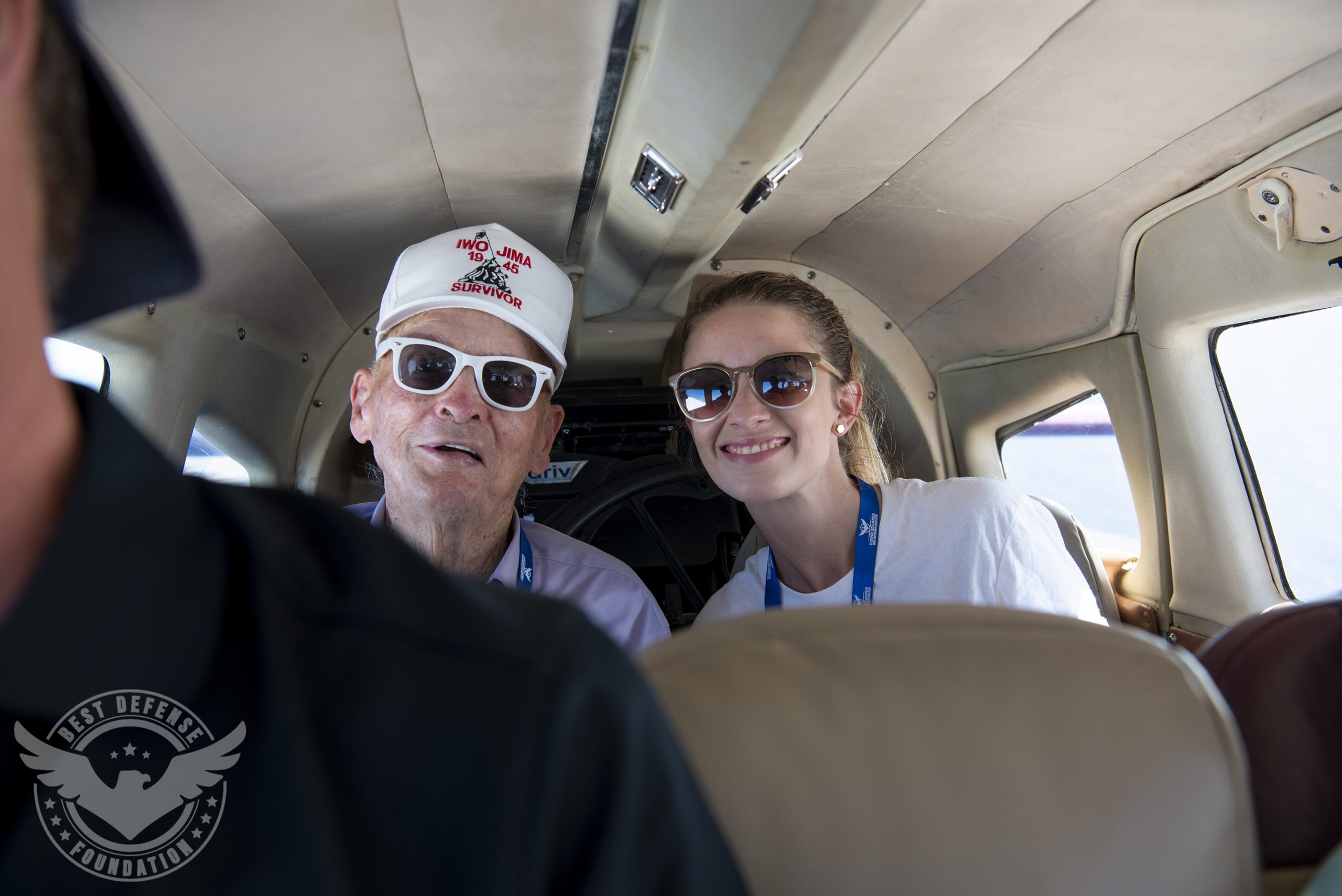 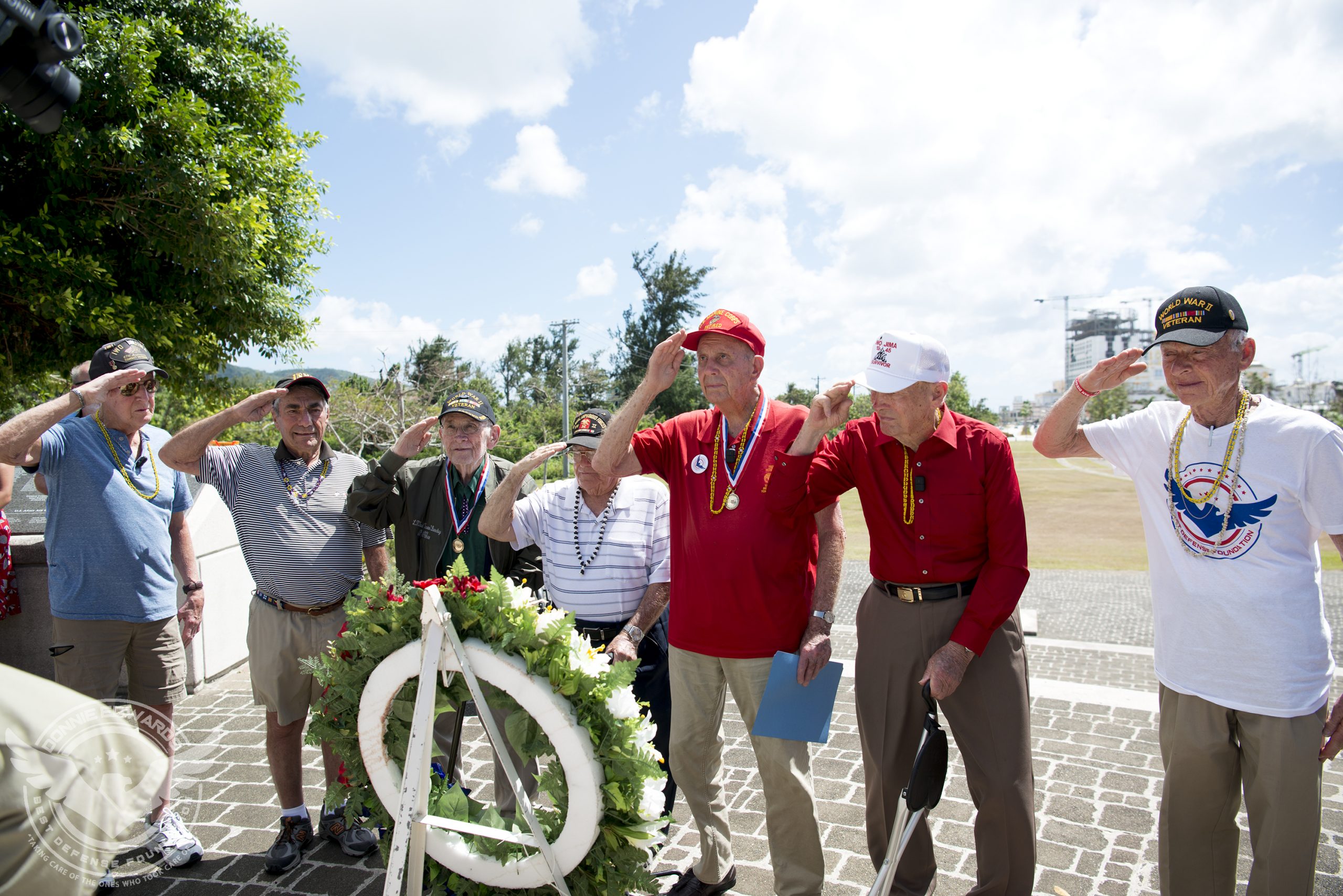 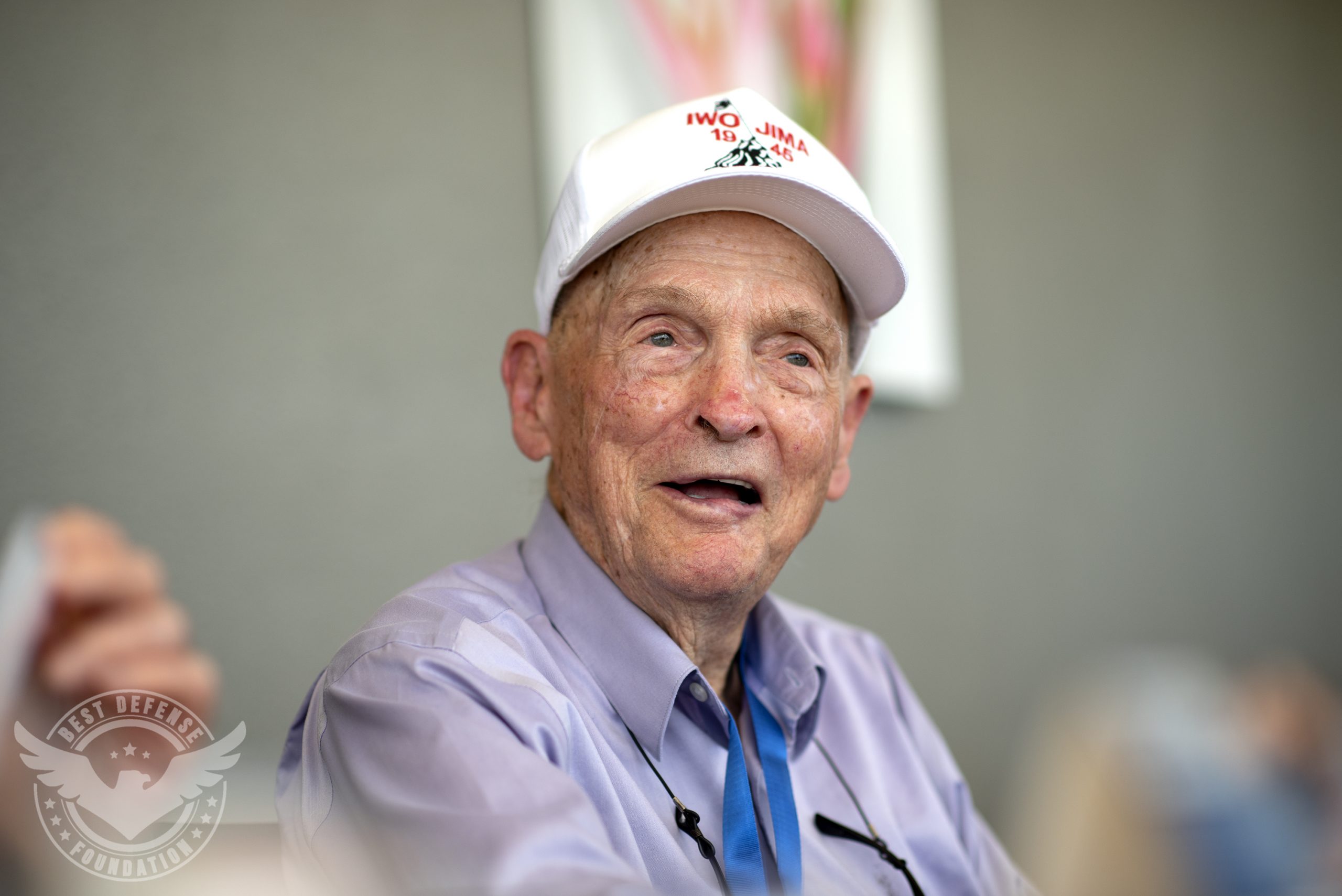