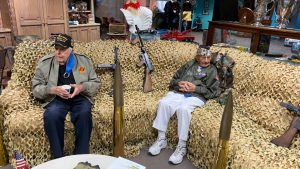 SAN DIEGO — World War II ended 75 years ago and the veterans of that war are now in their nineties or older.  But that’s not stopping them from reaching out, via Zoom, to school children in San Diego.

Earlier this week, four veterans of WWII in the Pacific connected with hundreds of students, K through 12th graders, at San Diego Jewish Academy.

Navy Signalman Gilbert Nadeau enlisted when he was 16 years old.

“I ended up on a very small ship,” Nadeau told the students. “The biggest challenge, of course, was staying alive.”

Parachute Rigger Manual Flores joined the U.S. Marine Corps when he was age 17.

Gunpointer Stuart Hedley joined the Navy when he was 18, and he survived the attack on Pearl Harbor.

“We had been hit by six torpedoes,” said Hedley. “The fire was as high as this building, from the oil that was burning on the water.” 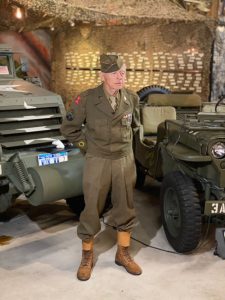